The economy is still kind of soft and you are looking for a way to augment the bottom line.  The problem is that you have tried everything that you can think of to maximize your visibility in your market.  You have even created an e-tail version of your brick and mortar operation that gives you nationwide reach.  But you still haven't been able to take your business to the level that you know it can achieve.  Is that what's bothering you, Bunky?  Then why not try going global?

Going global is kind of like the weather.  Everyone talks about it, but almost nobody does anything about it.  When you think about this dilemma in the information age, it’s kind of strange.  After all, they call the Internet, the World Wide Web for a reason.  That’s because it is the one medium that can put any company’s products and services in front of a global audience.  That’s the good news.  The bad news is that most small to mid-sized businesses with a web presence are still restricting sales to their nation of origin.  Due to language and cultural differences, shipping regulations, customs requirements, tariffs and other bureaucratic red tape, many US companies restrict the size of their potential market.

Without a doubt the reason that many business owners shy away from doing business beyond their nation’s borders has  to do with the fact that the same medium that makes it possible to advertise their wares worldwide also broadcasts an astounding number of fledgling exporters who have found themselves caught in an Orwellian dilemma.

Case In Point: $15 Mailroom Mix-up Results in $90,000Penalty
Lee Specialties, a Canadian manufacturer of oilfield equipment found itself in hot water when it shipped rubber O-rings to the Middle East in 2012.  Most of the order for $6,054.00 in O-rings were shipped to an address in Dubai.  But through a clerical error, $15 of O-rings were sent to Tehran, Iran.  This not only caused the Canadian Border Service Agency to seize the entire shipment, it also resulted in Lee Specialties being fined $90,000 for violating international trade sanctions.

While it was clear that Lee Specialties made a mistake, that mix-up still cost the Alberta company $90,000, not to mention the legal fees they racked up during their two-year court battle.
“It seems like an innocent thing,” noted Judge Allan Fradsham, approving the settlement and adding that the fine was “perfectly appropriate” given the circumstances.”

Of course, if you think that having to shell out ninety grand, plus court costs and legal fees for an innocent mistake is galling, wait until you hear about the Netherlands firm that was fined $10.5 million for violating US trade sanctions by exporting jetliner spare parts to the Sudan, Myanmar and Iran between 2005 and 2010.

Fokker Fined for Aircraft Parts Sales to Iran and Others

So it’s obviously dicey to ship goods to the Middle East.  Big surprise there.  But this isn’t the only way in which exporters have been caught in the crosshairs of international intrigue.  There are currently US export restrictions on a number of places around the globe, including Russia, Cuba, North Korea, Syria, Sudan, Burma, among others.  And the list changes all the time. information to government agencies than you do when you ship domestically.  Fortunately, there is a document prepared by the Commerce Department that is designed to walk you through the red tape.  Called “Preparing Your Business for Global E-Commerce,” the 66-page e-book is designed to walk you through everything from the paperwork involved in exporting goods and services to export controls, shipping & returns, insurance and avoiding fraud.

While this is a good start at getting a handle on the ins and outs of international trade, it is by no means the only steps you will need to take if you intend selling your goods on foreign shores.  Not by a long shot.  Aside from red tape, one of the most daunting aspects of going global has to do with foreign languages and customs.  Even some multi-nationals have found out that what works in the US sometimes loses something in translation.

The Tale of the Chevy that Didn’t Go

You may have heard the story of how Chevrolet had a tough time selling their Nova sedan in Latin
America back in the 1970’s.  While the word Nova means an exploding star to those of us north of the border, in Spanish speaking countries No va translates to “it doesn’t go.”  Purportedly Chevy was forced to pull the car from the market until a name change could be made to the model.  While a wonderful tale about the vagaries of language and customs, that’s all it is – a tall tale.  But it is one that every would be exporter should take to heart before trusting their future to translation software.

While technology is the hallmark of the Internet and there are a number of software packages that purport to translate any website into a number of foreign tongues, there are some things you need to consider.  In the first place languages differ by dialect.  This means that just because you have translated a webpage or document into say Spanish, that doesn’t mean that the Spanish used in Mexico is precisely the same as that is used in Barcelona or Puerto Rico.  (I found this out during a videotaping session when the woman who was hired to voiceover the video informed the Cuban-American who wrote the script that the word he wanted to use in the ad copy meant something completely different to anyone living in Puerto Rico where he was planning on airing his ads.)  So my advice is to have an expert look over your website before you wind up with huevos on your face. 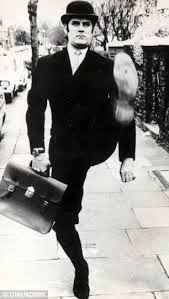 An article in the Atlantic Monthly called “Lost in Translation” goes even further when it decries the difficulties inherent in relying exclusively on translation software upon which to hang your export hopes.

In one famous episode in the British comedy series Monty Python a foreign-looking tourist clad in an outmoded leather trench coat appears at the entrance to a London shop. He marches up to the man behind the counter, solemnly consults a phrase book, and in a thick Middle European accent declares, "My hovercraft... is full of eels!"
https://www.theatlantic.com/past/docs/issues/98dec/computer.htm

Even though translation software has become much more sophisticated since the time the Atlantic Monthly article was written, the point taken should be one of caution.  Just as it takes time to master a foreign tongue, so too does it take time to master the ins and outs of exporting.  If you think that transshipping your goods to the far side of the planet is tough, just get a gander at the cautionary tale of a Washington State entrepreneur who tried to save a few bucks by driving his parcels into Canada instead of using FedEx.

Stuck in Customs – How NOT to Import Goods into a Neighboring Country.

5 minutes later I pull up to the US Customs and Border Protection booth.

CBP: "How long were you in Canada?" Me: "Actually, I've never made it into Canada. I have commercial goods and I didn't know you weren't' supposed to cross at Peace Arch…" CBP: (Eying all the Open Beam tubes in the back seat of my Accord) "What's in those tubes?" Me: "It's, uh, a construction toy" CBP: "Construction toy?" Me: "Yeah. Like Legos. For engineers" CBP guy starts scribbling something fast and furious onto a bright orange sheet of paper. I can't read it, but I doubt it's a drug prescription… CBP: "Okay, go talk to that officer over there - he'll tell you where to go" and slaps the said orange sheet of paper on my windshield.

I drive around to a very humorless and bored looking CBP officer.  CBP2: "Where do you think you're going?" Me: "They said I was supposed to talk to someone. I guess you're it". CBP2: "What you are *supposed* to do is to go inside that building over there. And take that orange slip with you". Me: "Ok".

Now, for those of you who's never had the pleasure of a CBP secondary inspection - these guys make post office workers look like type-A workaholics in a startup. For about 45 minutes, I watched as they typed away like trained chickens at a computer keyboard, ask a few questions, stamp the little orange sheet of paper - then walk away from the counter with said stamp, over to a row of desks, take a seat, and proceed to type away more like trained chickens at a computer keyboard.  Finally, after about 45 minutes (with just one party of three kids in front of me) it was my turn.  For the next 3 minutes or so, the CBP officer would stare blankly at his screen and click a few keys here, type a few sentences there. Suddenly, sirens sound. Over the intercom, I hear, "Lane 2! Lane 2!!!"

And, for how lethargic the CBP officer had been, he immediately bolted out of his chair, along with his coworker, and they rushed out of the side door. I look over at the next booth to the 19 year old visiting the US for the first time and he looked back at me with the same bewildered look on his face. I think we were both expecting to hear gunshots.  Minutes went by, then as suddenly as the alert had begun, it was over. My CBP officer calmly walked back over to the counter.  Me: "What was that about?" CBP3: "Don't worry about it"

The story goes onto detail the entire harrowing ordeal, including having to wait while his vehicle was run through an x-ray machine.  Even worse still was the fact that after being made to feel like some kind of smuggler, the writer lamented the fact that he never made it through the Canadian border and wound up turning back to the US in defeat.  He ended the story with the following:

I'm happy to report that by the time you are reading this, all of my Canadian orders have now shipped out along with almost all of the European, Australian and Asian orders. In light of the experience with importing goods into Canada - the extra $15.00 per parcel doesn't seem like too bad of a hit.

The moral of the story is that you want to proceed with care in your endeavor to begin selling your products on foreign shores.  Instead of running off half cocked, you would be well advised to seek the advice of experts in the field of exporting as well as those of a businessman or woman who is already exporting goods overseas.

The Small Business Administration (SBA) offers free resources and assistance for any business looking to start exporting.  Below is a link to Four Resources that Can Help: http://www.sba.gov/community/blogs/interested-exporting-these-four-resources-can-help

Global Edge, http://globaledge.msu.edu/reference-desk/export-tutorials offers a series of free online tutorials that cover such topics as:
1.      Is your company ready to export?
2.      Government Regulations
3.      Financial Considerations
4.      Sales and Marketing
5.      Logistics

As you can see, while the promise of profits is tantalizing enough to consider taking the time and trouble to learn the ins and outs of exporting, the moral of the story is, “In the exporting game a little knowledge and $15 can make you or break you.”

Carl Weiss is president of Working the Web to Win, a digital marketing agency based in Jacksonville, Florida.   You can listen to Carl live every Tuesday at 4pm Central on BlogTalkRadio