Having been in the business of working the web for the past 19 years, I can still remember a time when search engine ranking was the be-all end-all of internet marketing.  Before the year 2000 it was possible to generate a page one ranking on a number of search engines with names such as Lycos, Alta Vista, LookSmart, Infoseek, Hot Bot, Excite and more in as little as 24-hours.  Better still was the fact that everything you needed to make the grade online before the turn of the century resided on your website.  No blogging, social networking or video required.

Back then while Google was part of the scheme of things, they were a small part, not having yet become the 800 lb gorilla in the room that they are today.  In 2000 Yahoo was the big kid on the block commanding more than 40% of the search market.  (Today that figure is down to around 12%.) While many of the lesser known search engines didn’t exactly dominate the Internet, a number of them could boast significant traffic.  What this meant was that no single entity had a stranglehold on the market.

Fast forward to 2014 with Google controlling 80% of search and the rules have changed.  Now instead of taking 24-48 hours to produce a page one organic search, it isn’t unusual for it to take 3-6 months to get on page one.  And getting there is no longer an injection of on-site SEO.  It’s now a process involving daily social network feeds, weekly blogs and monthly videos all of which need to be as organized and optimized as your website.  What this also means is that there is no longer any quick fix that will enable you to generate prime search engine results.  Add to this the fact that no sooner do you get a bead on what Google wants when they up and change the rules.  The result of this is that one day you are on page one and the next you find yourself on page twenty one. Sound familiar?

Who Keeps Changing the Channel?

Love it or hate it, the Internet is a game.  Play it well and you will be rewarded.  Play it poorly and you might as well not play at all.  The problem is that in this game the rules not only keep changing, they aren’t even posted.  That can make it hard to determine a winning strategy.  While Google posts information including videos that purport to tell us mere mortals what they want in terms of content, their explanations are more than a little vague.  The reason they (and all other search engine operators) do this is to keep anyone from being able dominate search. 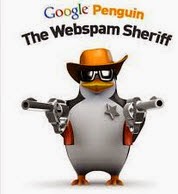 If you read about any of Google’s recent updates that sported adorable names like Panda and Penguin and Hummingbird then you know that their aftermath was anything but cute and fluffy.  That’s because when it comes to updates, the search engines aren’t simply trying to improve their search algorithms, they are also out to shake out the rug to eliminate anyone who is trying to cheat the system in order to beat the system.

In 2000 it was common for professional optimizers to game the system by using black hat techniques such as link farms and keyword stuffing to make their client’s sites seem more valuable to the search engine spiders.  Of course back then the spiders weren’t all that savvy and it was relatively simple to trick them.  Today the spiders are much smarter, being able not only to read text but to understand its meaning.  This means that they can determine how well your posts and blogs are constructed.  They can even figure out if you are plagiarizing other written material (which is why auto-blogging can be so dangerous to your ranking).  Worst still, once the spiders determine that your site is not playing by the rules, not only are they ready, willing and able to relegate your site to the backwaters of the web, but they can also blacklist your site so that you will find it nearly impossible to climb back out of the hole you have dug.

Being a professional digital marketing consultant I have known clients that have come to us seeking help once they realized that their site had become blacklisted.  While we  were able to help some of them rectify the situation, we literally had to tell others that they were going to have to start from scratch.  So what I tell everyone who asks my advice is that you need to be very careful with whom you allow to promote your business online.  If anyone comes to you and states that they can generate a page one organic result on Google in days or weeks, run do not walk to the nearest exit.  These black hatters are going to do more harm than good in the long run, which is the only thing that matters online nowadays.

If you want to make the Internet part of your business marketing scheme, then you need to do the work.  Or, you need to decide how much of the work you would care to do then farm out the remainder.  Either way, if you want to create a rock solid pate one presence on the search engines you are going to have to take the long view and commit to creating content, content and more content every day of the week, 52 weeks of the year.

There’s More Than One Way to Skin a Search Engine

Not that there aren’t a few shortcuts to getting onto page one that do not ruffle Google’s feathers.  Here are a few that you can take to the bank:

1.      Press Releases – Online press releases are an excellent way to get your business featured on page one of Google in a hurry.  Just don’t expect to stay on page one for more than a few days.  When it comes to search, old news isn’t considered good news.
2.      Optimized Blogs – Particularly if you use Blogger (owned by Google) to write article optimized blogs at least once per week, it is quite possible that your blog could find its way to page one in as little as 24 hours.  Like press releases, expect this position to quickly erode.
3.      Video SEO – Have you ever done a Google search only to find a thumbnail image that led to a YouTube video?  This is another example of cross-platform SEO in action.  Since Google owns YouTube, a properly optimized video can sometimes wind up on page one of the world’s most popular search engine.

Not only are blogs and videos a great way to jump onto page one of Google, but they can also generate
a following of their own.  In fact, there are some enterprising people who make a comfortable living by publishing either blogs or YouTube videos.  Even if your videos don’t generate millions of hits per month, having hundreds or even several thousand motivated followers hanging on your every word can be a great way to generate results online. I can tell you from personal experience that we have had several clients generate more conversions from their blogs than they did from their page one search engine listings.  The reason is that on the search engines you are one of the herd.  On your blog you are the star.

So when it comes to putting search engine ranking into its proper perspective what you have to do is ask yourself one question, “Are you ready to do what it takes to play this game to win?”

When it comes to playing to win, Carl Weiss co-wrote the book on the subject.  He is also co-host of the weekly web radio show of the same name as well as the YouTube series.